Welcome to the second half of my pregnancy! It’s funny how it was four years ago but somehow it seems like yesterday. Last Monday I shared Part 1 of my journey to becoming a parent. I plan on sharing my birth story and why we only have one child in the coming weeks, making this a four part series. So, without further ado, here is the last twenty weeks of my pregnancy. The longest few months of my life.

I was around 24 weeks along when all of the sudden, I started bleeding again. I freaked out! So, I made the call to my doctor’s office, and they told me to head straight to the hospital since I had also been having some minor contractions. Instead of trying to drive myself, I called Shadrach at work. He rushed home, and we headed to the hospital. They hooked me up to the monitors for a while and checked on the baby. Everything was fine, the baby wasn’t in distress, and he was kicking and moving as he should. So they sent me home and told me to follow up with my doctor’s office the next morning.

The next day I went to see my doctor, and they sent me for another ultrasound. She was concerned that I had lost my mucus plug and might go into labor prematurely. It turns out that pesky fibroid I have was right at the place where the mucus plug is. So there was no way that the baby was coming. Plus, it showed that the placenta was still at the bottom. Rats!

Fast forward a few weeks, and I was hoping things might be a little different at this ultrasound. Remember what happened at the one at 18-weeks when they checked on the growth and overall health of the baby, and they said my placenta wasn’t where is should be? Well, my 28-week ultrasound finally arrived. I always had such mixed feelings going into these because I was so excited to see the baby but terrified they would find something wrong. We went in, and they discovered that instead of the placenta moving up, my fibroid had moved up to the top of my uterus. So Placenta Previa ended up being the diagnosis. The doctors were still hopeful that it would move before it was time to deliver.

One of the big mistakes I made during my pregnancy was using Google. It’s my friend, but it scared me every time I looked something up in regards to this pregnancy. Well, I looked up Placenta Previa, and in hindsight, I probably shouldn’t have done that. If you don’t know what it is, here is some information. Let me just say it wasn’t good. There was a pretty good chance I would have to have a scheduled C-section. This diagnosis meant I was high risk, and I had to stay off my feet as much as possible because there could have been complications if I over did it.

To keep an eye on the Placenta Previa, I went in for ultrasounds regularly; they were every month until I was about 30 weeks and then they started weekly. The one performed at 30 weeks gave us some more news that wasn’t exactly rainbows and sunshine. The ultrasound tech left after she finished and came back a while later with a doctor. Not a good sign. It turns out my amniotic fluid was low, and Logan did not measure where he needed to at this point. With placenta previa and the fibroid, they were worried that he wasn’t getting all the nutrients he needed and he didn’t have the space necessary to grow. The doctor told me that I would be fortunate if Logan ended up as big as 3 or 4 pounds when he was born.

I know the doctor was just trying to prepare us for what was to come, but instead, it left me scared. It was not what I was hoping to hear. The doctor sent me home with instructions to drink 2 GALLONS of water. Yes, you read that right and no, I did not drink that much. I’m not sure it’s humanly possible. I tried and usually ended up drinking about a gallon. It must have helped because by the next appointment my amniotic fluid was back where it needed to be. I never realized how important water was for your body until I went through this. It made all of the difference.

So, things went on, fearful and uncomfortable. I was still on partial “bed rest” which meant I would work 4 hours a day, but I had to be sitting at my job. Then I would come home for the remainder of the day and sit or lie down. That was all I could do. Not much fun. Netflix and naps became my hobby during these months. Then it was time to go to our birthing class, which ended up being the worst thing I could have done at this point.

At the beginning of my pregnancy, the nurse who made my initial appointment told me I needed to go ahead and schedule the birthing class at the hospital. The classes fill up fast, which meant it’s not one of those things you can wait for until it gets closer to the end of your pregnancy. So Shadrach and I sat down, picked the best time and scheduled the class. We also had to pay for it when we registered. I was only ten weeks along at this point, and the class wasn’t until December.

Fast forward to when I was 30 weeks or so pregnant, and it was time for the class. A lot had happened and changed during that period. At this point, I knew that I didn’t have much choice in how my child would come into the world. If you’ve ever taken a birthing class, you know, they aren’t for people with my situation. However, we had paid for this class months ago, and there was no refund. Plus I think that there was a tiny part of me hoping that things might change at the last minute and I could have Logan naturally. So I figured that I might need the information.

The Saturday came, and we went to the class. One of the first things they did was go around and ask you what you are having (boy or girl), your names, and where you are delivering. Not sure why, but I told them that I was having a scheduled C-section. Boy was that a big mistake. You guys, the lady teaching the class proceeded to go on about how you shouldn’t have a scheduled c-section because it isn’t healthy for the baby and talked about how wrong it was in general.

I was about in tears. The day before this I was told that Logan might be born tiny, and possibly with some problems. The last thing I needed to hear at this point was someone telling me how awful I was because I wasn’t going to have a natural birth. I didn’t share why I had a scheduled delivery, and they didn’t ask. We probably should have left at that point but hello, we paid for the class, so we were going to spend our Saturday stuffing our heads with things that really wouldn’t help us this time around.

In the last few weeks, I stayed busy with doctors appointments, ultrasounds, and a few baby showers. When I went in for my 36-week check-up, the doctor decided that it was time to schedule my delivery at 37 weeks. Logan was considered full term at that point and the risks increased the longer we waited. So, the special day would be January 29, 2013. It was time to finally meet our sweet baby boy!

Let’s just say, I was so ready at this point. I’m glad I didn’t have to wait until I hit 40 weeks.  I didn’t feel like myself, and I wanted my body back. I’d been through so much in those nine months. I just wanted to hold my baby and know that he was okay. As much as I went through with my whole pregnancy, I knew that the real adventures would start as soon as Logan entered the world.

I had my baby at 37 weeks with no contractions or water breaking. I know a lot of you were able to go until you went into labor. I’d love to hear how far along you were when your babies were born!

Show us your Adventures

Be sure to come back next week to hear about the birth story! It’s my favorite part. 😉

Owner/Creator at The Rambling Ramnaths
Laura Ramnath is the voice behind her family adventure blog The Rambling Ramnaths. She has held positions in banking and also worked for a children’s clothing designer, but currently enjoys the crazy role of being wife to Shadrach and stay-at-home mom to their son Logan. He keeps life interesting as there is never a dull moment with him! Laura has a passion for life and enjoys family travels and adventures, hiking, going to the beach and binge-watching Netflix. She is also a strong believer in #CoffeeFirst! 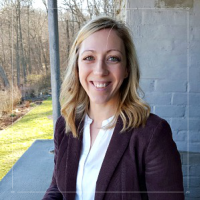 Laura Ramnath is the voice behind her family adventure blog The Rambling Ramnaths. She has held positions in banking and also worked for a children’s clothing designer, but currently enjoys the crazy role of being wife to Shadrach and stay-at-home mom to their son Logan. He keeps life interesting as there is never a dull moment with him! Laura has a passion for life and enjoys family travels and adventures, hiking, going to the beach and binge-watching Netflix. She is also a strong believer in #CoffeeFirst!

Walking on The Miami Riverway Trail

Our visit to the Greenfield Museum

Our Visit to The Henry Ford Museum

Click Here to See How We Can Work Together

HELP US GIVE BACK

We Give Back 100% of Our Profits to help families in need. But we can’t do it without you! So if you would like to help, Please Click Here

to shop with us, so we can help these families together! Also, clicking our link does not affect your price, which is perfect! For more information, please see our page about Giving Back. Thank you for your support!
« 8 Different Ways to Get Free or Inexpensive Books for Your Little One
Five Essential Items for the Potty Trained Child »

We'd Love to hear from You! Leave a Comment... Cancel reply

This site uses Akismet to reduce spam. Learn how your comment data is processed.

Hi, I’m Laura and I’m so glad you stopped by! Join me as I share about Parenting and Family Life, go through Mom Mishaps, and enjoy Family Adventures! Click below to read more about us. I hope you stay a while, and enjoy!

Read more about Us

We have an Important update about our affiliate links, Please click here

to see what it is. Then, you can shop with us here. Thank you guys for your support!

Take a Look at Our New Venture

See what it’s all about